“I want to start an orphanage,” I told Laura over dinner one evening. “Not necessarily an orphanage, but something like that.”“That’s real hard, Honey,” Laura replied. “Let’s just give to them.”That didn’t seem like enough to me. I couldn’t help but wonder what would have happened to me without Buck and the other cowboys who became like family. Without men like Robert who kept stepping into my life to help me.

I’d been a tither and a giver for years, supporting organizations like Feed the Children. Laura and I had given to many good causes such as Christians United for Israel, Samaritan’s Purse, our local fire department, relief organization and political candidates. But when I read the Bible it talked about giving to widows and orphans. In time, we focused on giving to orphanages and various charities that helped kids that had fallen through the cracks of society. Both of us wanted to give to programs closer to home, but there weren’t many.In the strictest sense of the word, I wasn’t an orphan because I had parents. I just didn’t have parents who loved me or were interested in supporting me. For all practical purposes, I considered myself an orphan. The term I used to describe myself more often was a throwaway kid. It seemed to me that in our society, more and more children were being tossed out like yesterday’s trash.

The largest group of throwaway kids in our country seemed to be those in the foster care system. The system was designed to provide short term protection against abuse and neglect – which was a worthy goal. What it didn’t do was provide a long-term solution. It didn’t equip children with the skills needed to survive once they’d aged out of the system, usually at age 18. The more I learned about the plight of the kids leaving foster care, the more concerned I became. Most of them didn’t have a support system. One study found that within a year of leaving the foster care system, 66 percent of the kids were homeless, in jail or dead. A staggering 80 percent of the prison population had come out of foster care. Girls in foster care were 600 percent more likely than their peers to get pregnant before age 21.

Their plight was heartbreaking to me. As far as I was concerned, the most immediate need Laura and I could fill was to help provide a home, support system, education or training in a skill for those kids aging out of foster care.I started spending two to three hours in prayer every morning and afternoon, asking God for direction. The number of kids living on the streets and ending up in prison was a blight on our society. I wanted to figure out a way to give them not a handout but a hand up.

One of my friends adopted a 13-year-old boy whose parents had given him away. Bart gave the boy a home, stability and love, but he didn’t respond well.“I love that kid,” Bart told me. “I’ve given him a good home for five years. I feed him and clothe him. I put my arms around him and tell him that he’s loved. Why isn’t that enough?”“Because he’s in horrible emotional pain,” I said. “He’s heartbroken and enraged that his parents gave him away. Your love and the home you’ve given him doesn’t negate that. It doesn’t fix it.”Bart released a long sigh. “I admit that I don’t understand, but I know you do. Will you talk to him?”I got it that Bart didn’t understand. If someone hasn’t experienced rejection by the people who brought them into the world, it’s hard to imagine the pain and rage it brings.

StevieRay Hansen
MY MISSION IS NOT TO CONVINCE YOU, ONLY TO INFORM… 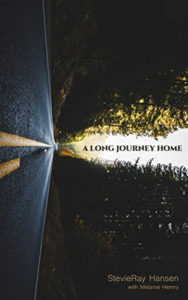